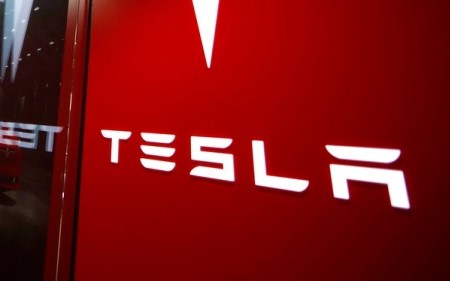 The price of Tesla (TSLA) shares has been rising rapidly since the end of May after falling to an almost one-year low of $630. Tesla shares have suffered heavy losses (-40%) since the beginning of the year due to the high "duration". Indeed, a security can be compared to a long-term zero-coupon bond, given its low profit and extremely high valuation. Its longer duration makes stocks much more sensitive to changes in long-term rates, which may explain their apparent inefficiency compared to other technology companies such as Apple and Microsoft, which is "only" 22% less than at the beginning of the year.

However, Tesla shares may start to perform better as long-term rates in the US may have peaked and inflation may start to slow down. We can already see an improvement in the retention of fast-growing technology stocks, as the Arkk Innovation ETF did not reach its minimum from May to June, unlike the main stock indexes…

From the point of view of technical analysis, Tesla shares seem to be consolidating inside a symmetrical/descending triangle since May, after they returned down the long-term descending channel in which they have been developing since last fall. The exit from this triangle will indicate the next tempo.

A rebound up the descending channel seems relatively unlikely, given that the deteriorating economic outlook will continue to affect all risky assets in the coming months.

In case of an exit from below, the next support to pay attention to will be last year's spring minimum at about $ 550.