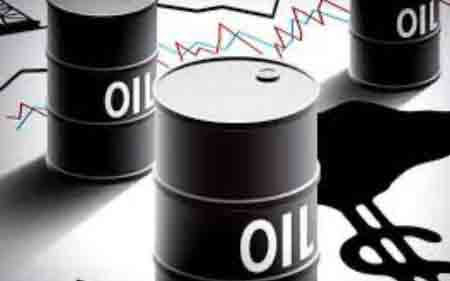 After rising oil and gold prices and falling stocks over several trading sessions, there was a tipping point yesterday.

After breaking through $2,000 an ounce on Tuesday, gold looked poised to hit its all-time high of $2,072.50 set in August 2020. However, the precious metal slipped below $2,000 again yesterday, ending the trading session 2.8% lower, wiping out Tuesday's gains.

A similar situation was observed with crude oil. After several days of growth, when it seemed that both Brent and WTI were destined to set a new all-time high, both fell sharply.

WTI oil ended the trading session almost 12% lower, while Brent oil was down 13%, which was the biggest oil drop in a day since the start of the pandemic in 2020. Both instruments managed to recover some of their losses this morning.

The fall in oil prices came as concerns about limited supply were allayed by various factors.

Prices fell sharply yesterday after the United Arab Emirates (UAE) ambassador in Washington said his country would invite OPEC (of which it is a member) to consider boosting oil production. However, after these comments, the UAE Minister of Energy tweeted that the country will continue to adhere to the existing agreement between OPEC + members.

The comments follow news that the US wants to ease sanctions on Venezuelan oil and is close to reaching an agreement with Iran to restart the nuclear deal, which could boost oil supplies to the global market.

As oil and gold prices declined, European and North American stock markets rose. In the US, financial and technology stocks rose, outperforming Wall Street's major indexes, with the Dow Jones, S&P 500 and Nasdaq Composite up 2%, 2.57% and 3.59%, respectively.

Soaring energy prices, coupled with market expectations that the Federal Reserve will raise interest rates next week in an effort to contain high inflation, have fueled fears of a prolonged economic downturn.

Thus, the news of a potential increase in oil supplies has helped ease investors' concerns, as lower energy costs will lower companies' costs and are likely to improve consumer sentiment.

Bank profits are positively correlated with the overall health of the economy, so in recent trading sessions, stock prices have come under pressure due to fears of an economic downturn.

For example, since the beginning of February, Bank of America's share price has fallen 16.4%, but yesterday it ended the session with a profit of 6.35%, while other well-known banks recorded similar gains.

Similarly, airline stocks have been hurt by rising oil prices, as fuel costs account for about 30% of an airline's operating expenses.

Thus, the fall in oil prices was well received by investors, and airline shares received support in the market. Among the best in the aviation industry yesterday was United Airlines, whose share price rose 8.27% and continued to rise after hours of the exchange.

Investors should keep an eye on oil prices in the coming days, weeks and months, as they will continue to influence financial markets, while the situation on them is constantly changing.

The European Central Bank (ECB) will announce the results of its latest policy meeting today, and while many expect interest rates to remain unchanged, investors will be looking for any clues about how current geopolitical issues will affect monetary policy.

In addition, ahead of the Fed meeting next week, the latest data on the US consumer price index is due to be published this afternoon. While these numbers won't show the full impact of the recent rise in oil prices, investors will be keeping a close eye on them.

If inflation turns out to be higher than expected, the Fed may be forced to consider a larger rate hike than 25 basis points.