Webinar: 'Shame and Guilt as Levers of Social Pressure' 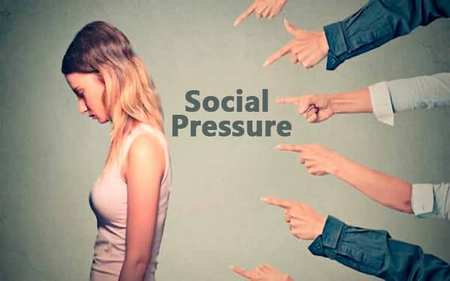 Have you ever felt ashamed? When you are literally paralyzed by this feeling, deprived of your will, and you feel like a bad and absolutely useless person? Or when you make a minor mistake and feel so much guilt that it hits you like a tsunami? Why do we need these emotions? Where do they come from and how to deal with them?

Shame and guilt are the main feelings that distinguish humans from animals. And also - the levers by which society controls its citizens, and parents - their children. Mom or dad make a certain facial expression and, looking at the child at close range, say: "Why are you not ashamed?" Any person, even having passed the 40-year mark, shudders internally when he hears this addressed to him: it is the child in him that shrinks with fear. A child who has heard this dozens or even hundreds of times. With the help of guilt and shame, you can control people - both others and... yourself. But the process and the result (in fact) are not very good.

Feelings of shame and guilt are often confused, if only because a person can experience them at the same time. However, shame and guilt are completely different experiences. Shame affects the central identity of a person, his integrity, his essence, guilt - his action. In other words, shame is the feeling that "you are bad," and guilt is that you did something bad. There are people who are more inclined to feel shame, others are more inclined to feel guilt. Some feel shame, others feel guilty, and others both in the same situations.

A sense of shame is formed at an early age, from the moment he realizes that he is a separate person who needs parental love and acceptance and can lose it.

Feelings of guilt appear later in life, when the child realizes that he has social responsibilities, therefore, for the love of loved ones, he must restrain his selfish, aggressive and sexual feelings.

The guilty people feel a mistake not in being, but in action. They are worried about what they did wrong and how it will affect them and others. Their failure lies in their own commitment to themselves.

Among other differences, shame and guilt manifest themselves in different bodily reactions. Shame is paralyzing: the blood rushes to the face, the knees weaken, it is impossible to take a step, despite the desperate desire to run away. The victim of shame loses control of his own body, which makes the shame even deeper. A person feels visible through and through, he is exposed, vulnerable and defenseless, he turns into insignificance, there are no qualities in him to atone for his shortcomings. Not only is he a "despicable creature", he is also seen by everyone. He is faced with an overwhelming sense of humiliation and contempt for himself, loses the ability to think.

Guilt rarely elicits whole-body reactions, guilt feelings are most often a mixture of emotions and thoughts, these thoughts can be painful, but not physical pain.

At the webinar we will talk:

- about the structure and origin of guilt and shame from the point of view of psychotherapy;

- how to work with these experiences;

- how distinguish between healthy and unhealthy experiences of this kind on their own;

- how not to poison yourself with these feelings and get rid of them.