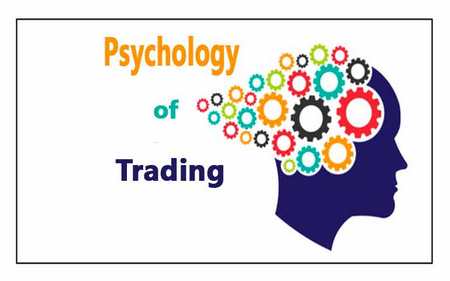 Good afternoon, ladies and gentlemen, Forex traders! Admit it honestly to yourself: How much money have you lost because of your emotions? How many unprofitable trades were closed due to the fact that they went into the red and it annoyed you? How many times did the currency reverse immediately after you recorded a loss?

Up to 80% of success in Forex trading depends on psychology. Money management is of great importance and only then strategy. Not everyone understands this, but this is the harsh reality. How to defeat yourself? How to remain calm in any situation? How can you protect yourself from negative emotions that cloud your mind? Now is the time to improve your emotion control skills in trading.

Transcript of the webinar

Let's say you saw an entry opportunity on the chart, open one or more deals, but not one of them does not work out. In this regard, you get the impression that this pattern / strategy does not work, and everyone who teaches this method is a hypocrite. After a while, you see the same setup on the graph and it works!

The problem with experience is that when you see a picture, your brain remembers it and later, seeing the same picture, you unconsciously expecting the appropriate outcome of events. But the fact is that the market is not constant and does not have a single exact formula. This is, to a certain extent, chaos in which we are looking for statistical patterns. That is, if a certain pattern works out 60% of the time, having run into the very remaining 40%, you might think that the system actually does not work.

Another example of a situation where only after exiting a trade you realize that you could earn much more by holding a position in the market. And the next time, having gained such experience, on the contrary, sit in a position when the price unexpectedly reverses and goes into a losing zone.

Therefore, you need to understand that the market is a game with probability. This pattern works today, but not tomorrow. But, in general, over a long period of time, a certain setup will work out, say, 60% of the time. In one particular deal, it may not work.

The Impact of Emotion on Analysis

When you are at a loss, you are oblivious to what is happening on the chart. That is, your brain filters out signals that indicate that the price will continue to move against you. On the contrary, the brain tries in every possible way to convince you that the price is about to turn, which, of course, does not happen. If you close a position and look at the market with a clear eye, you will understand that the situation on the market is not at all the same as it was in my head a moment ago. This distraction in the form of a minus position affects your attentiveness, and you do not notice the obvious.

There is such a thing as analysis paralysis. That is, when some event literally knocks you out of the rut, after which you cannot adequately perceive the situation. This can be avoided with reasonable sufficiency. That is, you stop looking for the perfect solution, look for where to top up or average. In return, you make the most correct and simple decision - to close a losing position.

One more thing, some people have a fear of small stops. That is, there is a fear that the price will quickly knock out this stop, and then turn around and go where it was planned. As a result, people put a big stop, which also blows, and they lose even more. Therefore, you should not be afraid of small stops - this is quite normal. Moreover, with a small stop and a large profit, you will be in profit even with 30% of profitable trades.

Also, traders are often afraid of losing profits. But then again, how many times have you held a losing trade, hoping for a reversal, and it still went against you? It's the same with profitable trades.There is a constant feeling that the price is about to reverse and all profits will be lost. Alternatively, in this case, you can use a trailing stop. Then, in any case, you will know that in the event of a price reversal, profit will not be lost.

In principle, the correct money management is the cure for the influence of any emotions on the analysis. That is, you just need to reduce your trading lot. Try to reduce the lot by 5 times. If this is not possible, open a cent account. The goal is to place a lot that will not cause you strong emotions.

Until you are used to being disciplined in any situation, it is better to trade a lot that you might forget about. For example, you could open a trade on the daily chart and forget about it (accidentally or naturally). At the very initial stages, such an approach is justified, since no open positions will prevent you from competently analyzing the situation. At the same time, the very fact of a negative transaction will not unsettle you.

Systematic withdrawal of profits is very important in trading. That is, about once a week or two, you should withdraw half of the profit and spend this money on yourself. If you have greed issues, this really helps. Thus, a potentially large profit will not bother you so much.

There is an idea that if I earn 10% in the n-th period, then in a year I will become a millionaire. In fact, constantly saving money in an account is harmful. The profit must be divided - leave half on the deposit, withdraw the other half.

You are not perfect

Remember, you are not perfect. There is no such person who, like a robot, is not nervous about transactions, trades absolutely perfectly and does not make mistakes at all anywhere and never. We all make mistakes, this is normal, and you need to understand that.

Let's say you read about how to reduce the lot, not use emotions, and still make mistakes. The thought that “I am smarter” does not leave my head. But, in general, if you read the biographies of successful people in other fields, you will find out that they also made mistakes. Often, a person needs to make all possible mistakes only in order not to make them later. We learn from our mistakes, so to speak.

The average person thinks they are smarter than 80% of people. At the same time, there are always excuses for the question “why are you so smart, but so poor” - something interferes, too old, too young, a wife / husband interferes, was born in the wrong country, and so on. Almost everyone considers themselves as such, so you can not worry, you are not the smartest.

The vicious circle of the beginner trader:

- System search - on our website, on the forum or elsewhere you find a strategy that you liked;

- First losses - getting the first losses. Usually, the matter remains with the first few transactions;

- Anger - naturally, there is a feeling of deception, since the system did not bring the promised profit;

- Blame - the system does not work, Forex is a scam and the author of the system is a scammer. Someone is sure to blame, for example, a broker that closed a position one point later, but not the trader himself. And everything starts all over again.

Exit from the circle:

- Testing from and to - the strategy must either be tested on history manually, or in the tester, if the strategy is automatic;

- Completely “your” TS - the strategy must be completely yours. If you are uncomfortable holding positions for 3-4 days, switch to a smaller timeframe. Or, conversely, if you are too lazy to open deals often, choose a larger TF. That is, the strategy should suit you in temperament and be sharpened for you.

In general, all these pieces of the puzzle lead to a way out of the vicious circle. You find a system, then trade with an adequate loss perception. Accordingly, you continue to work with this system, solve problems with emotions, entrances and exits, improve something, supplement something, and so on.

Do not set goals

When you set yourself a specific goal, for example, to earn 50/100 dollars or pips every day, it does not work. Again, you start looking for non-existent deals, clouding your brain. Therefore, there is no need to set profit targets. On the other hand, it is possible and even necessary to set limits on losses!

If you really want to open a deal

Sometimes, there is a sudden unreasonable desire to open a deal. Although the system did not give a signal and there is no level, and the indicator did not rebuild. Naturally, most often it does not work.

As a way out of this situation, you can try to open two accounts - one for adequate trading, where you will open deals strictly according to the rules of the system. Another smaller one (maybe a cent) for aggressive trading when you have an irresistible urge to open a trade. If it really works, you will still make a profit, albeit not so much.

As you can see, strategy is often not a decisive factor in trading. Psychology is what ultimately makes you act in one way or another. It takes the right approach and training to be unflappable in trading. The rest comes with time